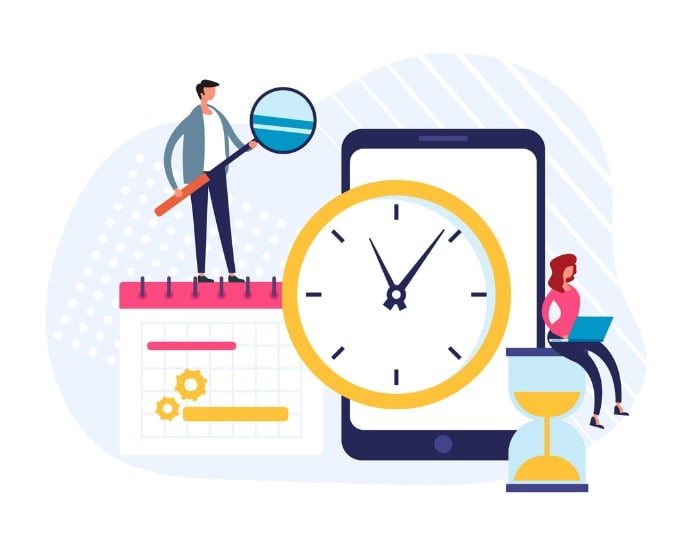 With Crew Control, small companies with 10 crews or less—such as janitorial services, tree removal, pest control, outdoor lighting, equipment rental, and even Christmas tree delivery companies—can be up and running in just a few minutes, with no need to overhaul their entire operating systems or change how they run their businesses.

From rescheduling jobs due to rain delays and optimizing travel routes to save money on fuel costs, to crews easily clocking in and out on a mobile device or following a digital checklist on every job, Crew Control simplifies the entire job scheduling process for small businesses via technology, but at an affordable price.

Specifically built for small service businesses that may just be starting out or earning less than $1 million per year, Crew Control offers a very simple and easy-to-use software for contractors working in the trades. It’s affordable, easy to use, and helps small businesses understand whether they're making or losing money.

In addition to scheduling, route optimization, and crew tracking, Crew Control’s new software features easily manage billing and invoices as well as estimates and proposals. Crew Control meets you where you're at, but gives you the data you need at a basic level to figure out whether you're making or losing money.

Acquired a year ago by Aspire, a ServiceTitan company, the future of Crew Control looks bright and sunny. Interestingly, a conversation about weather forecasts between one of the software’s developers, David Vroblesky, and his uncle inspired the whole concept for the software in the first place.

David’s Uncle Rick operates a lawn maintenance, landscape, and tree removal business in Maryland. One day, he asked his uncle, “What keeps you up at night?”

“The weather,” his uncle replied, and that’s when the lightbulbs flashed bright.

Lawn maintenance is high-volume, low-margin work, which means his uncle’s company performed a lot of jobs per day, but didn’t make a whole lot of money per job. The company also maxed out its schedule each day during busy seasons, and weather delays forced his uncle to juggle things around for the rest of the week.

His process for scheduling crews involved a Manila folder for each day of the month and an index card for each customer. Obviously, the very manual process caused complications when bad weather occurred.

With a possible software solution in mind, the developers started building Crew Control.

Crew Control begins with scheduling, then expands with more features

The first iteration of Crew Control gave companies a really easy way to enter their schedules. Then with the click of a button, Crew Control optimized the routes for you on that day to the most efficient driving route, and made it really easy for you to adjust the schedule.

Once the software optimized the best route, managers could print a schedule for the crew and the crew tracked their time by writing it on the schedule. Problems arose, however, when crews fudged the numbers or simply forgot to write down when they arrived and when they left a job.

The next iteration of Crew Control gave crews a simple way to clock in and out via a mobile phone and digital route sheets sent by text for that day’s schedule. The daily text message links to their route sheet for the day. And it’s easy for crews to clock in and out with a big green button that says Start and a big red button that says Stop, with information listed in Spanish and English. Now, Crew Control offered easy scheduling, route optimization, and a digital route sheet for the crews on their phone.

Next came a digital checklist for crews to follow while on the job, and the ability to send videos and photos from their phone to office admins right from the job site. Finally, Crew Control added reporting features to help contractors gain greater insight into job costing, and tools to communicate with customers by text or email.

Crew Control just meets contractors where they're at, and within the first day of signing up, they can already have their schedules built out and ready to go. They don't need to change their business. They can run it the same way they're doing it today, but Crew Control offers additional tools they can take advantage of and they don't have to set it up.

The difference between Crew Control and Aspire

Aspire will run your business for you. It will give you the data you need to know how much to charge for jobs, calculate your profitability, help you with tracking materials, and other enterprise-level capabilities. Crew Control is not going to tell you how much to charge for jobs, but it’s going to help you know how much money you're making per job. It helps you stay organized, better communicate with your crews, track your hours, and get paid faster through billing.

Aspire also requires implementation with consultants, whereas Crew Control is fairly self-service. In addition, Aspire costs more and may not be as accessible as Crew Control for small to midsize companies.

As Crew Control continues to expand into other industries, the software will ultimately grow smarter over time. But we plan to always keep it simple, so contractors can gain value from day one.

Ready to give Crew Control a try? Sign up for a free, 14-day trial.