How Kasel Rocks Landscape grew over 400% with landscape business software 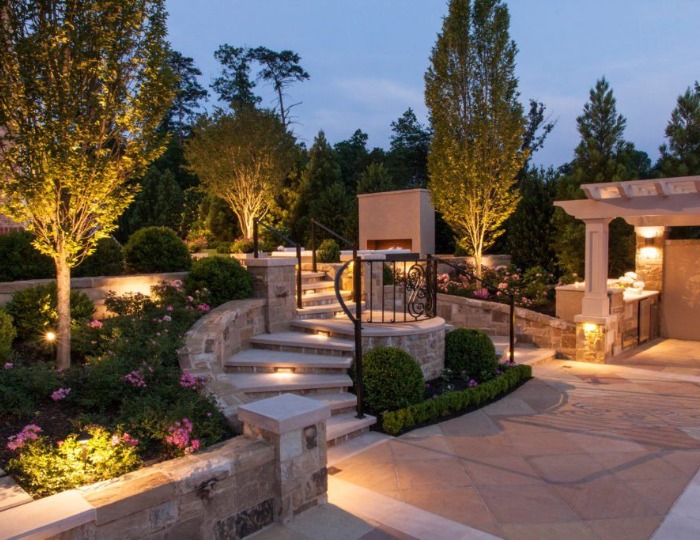 For years, growth at Kasel Rocks Landscape Co. stagnated. They weren’t losing money, but they weren’t making much either. Then, in 2018, owner Scott Lesak decided it was time to make a change.

In the four years since, the company has grown a staggering 467%.

How’d Scott do it? By completely transforming his approach to running a business—and with the support of Aspire’s landscape business management software.

Interested in learning more about Aspire? Sign up for a custom demo today to see how it can support your scaling goals.

From owner-operator to business leader

Scott Lesak’s landscaping career started during high school, but he wasn’t mowing lawns. He worked in hardscaping and didn’t even own a lawn mower until 2015. As a teenager, Lesak eventually collected enough clients to start an official business with support from his dad. (And yes, the name of the company is “Lesak” spelled backward…a particularly clever idea since given the focus on hardscaping.)

After earning his degree in landscape contracting,Scott returned to Kasel Rocks full time as an owner-operator.

“I was a laborer, I was a crew leader, I was a project manager, I was a salesperson…I was doing it all,” he says. “I was truly the owner-operator, running everything—and running ragged at that point.”

After seven years of this, Scott realized it was time to make a change. He didn’t want to push a lawn mower for the rest of his life, so he decided he needed to adjust his approach or find a different line of work.

Thankfully, he took the hard road and started working to build Kasel Rocks into the profitable, growing company it is today.

The infrastructure to scale

We hear it from landscape business owners all the time—scaling is better than growing. (For a deeper dive, check out our blog on the subject here.) Knowing this, Scott’s top priority was setting up Kasel Rocks to scale quickly and efficiently.

He started by making changes in three key areas:

Here’s how this three-dimensional approach has helped the company grow more than 400% since 2018.

Kasel Rocks used to prepare bids with Quickbooks and a complex system of Excel spreadsheets. While the spreadsheets worked for creating consistent estimates, things fell apart when it came to turning bids into contracts, adding jobs to the scheduling board, or sending invoices.

Data had to be entered multiple times into different systems, and work orders suffered. The team got by for a while, but as the company approached $1 million in revenue, Scott knew it couldn’t last. They needed a more robust software solution—and fast.

Once they knew what they were looking for, Kasel Rocks interviewed several software companies and eventually decided to partner with Aspire in 2021. Since then, they’ve been able to transform their operations and gain unprecedented insights.

“Everything we do revolves around Aspire now,” Scott says.

For Scott, the best part of Aspire is the job-costing features.

“A lot of people right now are talking about how drastically they have to increase their prices for this year, but our fingers have been on the pulse since May of 2021,” Scott says. “We’ve followed the market literally on a daily basis with the job-costing information in Aspire.”

In their first year with Aspire, Kasel Rocks has been able to:

Another area Scott identified as critical to scaling well was developing a true people-first culture.

To create an environment where all employees felt valued and supported, he started having detailed one-on-one meetings with every team member, holding 10-minute rollout meetings to prepare for each day, sending encouraging morning texts, and offering weekly leadership trainings.

A new hire recently described Kasel Rocks as having a white-collar culture in a blue-collar industry.

“That was a new concept for me,” Scott says. “Nobody’s ever put it into words like that for us, but that’s exactly what we have—and it’s powerful.”

While his business faces the same hiring challenges everyone else in the industry struggles with, Scott has found the best tool for recruitment is retention. And to achieve high retention numbers, they have to put people first.

The same honesty and openness that helps keep employees around is applied to customer relationships as well.

Scott encourages his team to practice radical honesty and transparency as they seek to develop partnerships with customers that are built on more than an exchange of goods and services.

When things go wrong on a property (a crew member breaks a piece of siding, for example), they proactively let clients know about it and explain how they’ll make things right. Crews always show up on time, keep clients informed about what they’re doing at every step, and let them know when they're facing delays.

This makes for strong client relationships.

“And they don’t shop around,” Scott says. “That’s the beauty of it—our customers rely on us and they trust our pricing.”

An investment, not a job

Scott has big goals for the next five years. By 2027, he wants Kasel Rocks to be a $10 million business.

Personally, he also wants to be able to step back a little. After running the business singlehandedly (and then as part of a small team) for years, he’s spent more hours than he can count on Kasel Rocks. While he loves it, the goal is to eventually be able to spend more time with his wife and family.

“We buy into these businesses as an investment,” he says. “We buy into them to financially free ourselves, and so many people get caught up in the day-to-day only to find they’ve bought themselves a job. Over the next five years, I really want to transfer this into an investment instead of just a job.”

With Aspire providing the infrastructure Scott Lesak needs to scale his company responsibly, that future doesn’t seem so far away.

Interested in learning how Aspire can help you scale your business with real-time insights and greater efficiency?