One landscape contractor’s journey from $250K–$3M 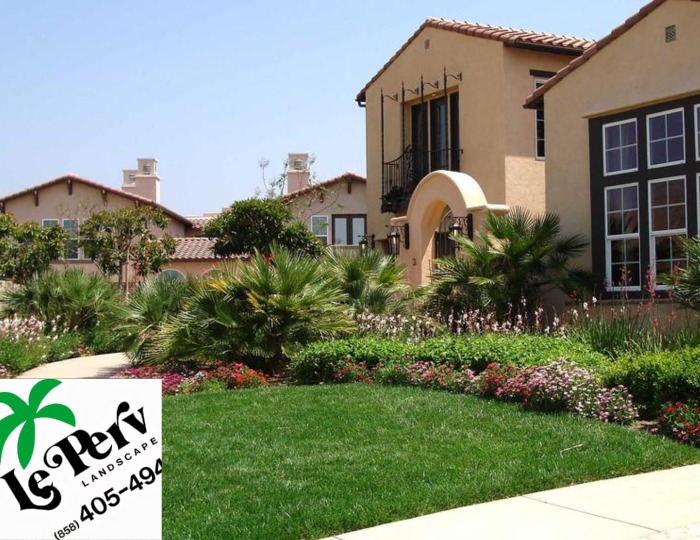 Does ordering a $30 shot of tequila on a cruise ship sound excessive to you? It was for Clarke Ramsey, and that’s exactly why he did it.

It was December 2021, and Clarke had decided to take a well-earned vacation. Part of that vacation, he decided, would involve ordering an extravagantly expensive shot of tequila. Not because he’s a tequila aficionado, and not because someone recommended it. Just because it sounded fun—and because he could.

When Clarke entered the green industry (somewhat accidentally) 35 years ago, he would have laughed at the idea of paying $30 for a shot. But now, after starting and eventually selling his own business, buying another one, and growing that landscaping company from $250,000 to $3 million in revenue, he’s become an extremely successful CEO.

His business, Le Perv Landscape, provides maintenance and construction services for both commercial and residential clients in the San Diego area.

It’s funny to think about now, but Clarke never planned to have a career in landscaping. He was just looking to make some extra money in college, and when he found out his HOA had fired their landscaper, he offered to mow the lawn.

The Path to Le Perv Landscape

After taking the mowing job at his condo during college, Clarke found himself picking up client after client. People would drive by, see him mowing a lawn, and stop to ask about his rates.

Things got so busy that he ended up dropping out of school and finding a partner. Eventually, they found themselves managing over 200 clients, mowing 50 to 60 lawns every week.

“It got to the point where we were working 60 hours a week, and we just couldn’t do it anymore,” Clarke says. “So I actually sold that business, took the money, and put it toward a down payment on the business I own now.”

At the time, the business he bought (Le Perv) had eight employees. During his first year, they brought in approximately $250,000 in sales.

Things were tight that year, and Clarke made very little money. He even rented out his house and lived in an apartment so he could afford the mortgage. Despite the challenges, it was an exciting time, and he grew the business into an even more successful operation.

Last year, Le Perv brought in $3 million in revenue, and Clarke now leads a team of 35, including two account managers, an office manager, an office assistant, an operations manager, and crew members. The account managers handle emails, phone calls, property inspections, and upsells, while Clarke still does most of the bidding for new projects himself—in addition to managing the rest of the company.

“I don’t realize sometimes how difficult what I do is until I try and get other people to do it,” he says. “Or I’ll ask someone to do something and they’ll forget, and I’m like, ‘Look, I’ve got 33 people who I have to keep track of every day.’ It’s just something I do, so when I have to remind other people, I think, ‘Gosh. I do pretty well.’”

Achieving this kind of success hasn’t always been easy.

Anyone in the landscape industry knows how much of a headache labor issues can be, and Clarke’s company is no exception. He has struggled to find and keep high-quality employees over the years. One crew member recently said they didn’t feel like completing a task, so they quit on the spot.

Clarke doesn’t have a magic solution, but experience has taught him a few things along the way.

“You got guys out there working in the cold or working in the heat, and it’s not easy work,” he says. “So honestly, it really comes down to pay—if we pay them, they stick around. And of course I treat everybody well, too.”

When he started, Clarke used a physical notebook to keep track of his customer accounts and work, manually writing down all details associated with a job.

Over time, Le Perv adopted a number of different systems and software solutions to help manage various aspects of the business. They had Homebase for tracking employee hours (which still had to be entered into a spreadsheet and submitted to their payroll company), Quickbooks for writing checks, Geotab for tracking crews, Dropbox and Google Drive for file management, and other task-specific platforms for handling the remaining areas of the company.

They eventually started using Crew Control to improve their scheduling and reporting processes.

“Crew Control was very easy, very straightforward, and very intuitive,” Clarke says. “And I loved it. I still love it, but as we grew with it, I realized it still didn’t quite meet all my needs.”

As Le Perv continued to grow, Clarke realized he needed a fully comprehensive solution to manage every area of his business. He went to an IT consultant to explain the situation, and the consultant recommended writing his own software.

“I didn’t want to reinvent the wheel,” he says. “So I started looking at other products, and I happened upon Aspire.”

He quickly realized that Aspire was the all-in-one solution he’d been looking for. The cloud-based platform combined all of his business operations in one centralized location, allowing him to handle everything from estimates and scheduling to purchasing, invoicing, reporting, job costing, and more in the same place.

Until now, a lot of the work Clarke’s team does had to be managed in spreadsheets. Aspire (which they’re in the process of implementing) will change all that.

“Part of the whole reason I’m excited is because, right now, I still have a spreadsheet in Google Drive where whenever a receipt comes across my desk, I look at it and say, ‘Oh that’s for this job,’” Clarke says. “It’s the same thing with labor hours. I’m manually doing all that, and now Aspire’s going to do it for me.”

Planning for the future

As he prepares for retirement in a few years, one of Clarke’s top priorities is making sure Le Perv is able to grow sustainably—even when he’s not the one steering the ship anymore.

A landscape business management system like Aspire will definitely help, and that’s why he’s willing to invest the necessary time to set it up. He knows that having a thorough and efficient system will allow things to continue running smoothly, even when he hands over the reins someday.

Until then, he’s still working seven days a week—and loving every minute of it. Especially when all those hours pay off with the chance to try a $30 tequila shot.

(The question you’re all wondering: Was it worth it? Clarke says the tequila wasn’t that good, but it didn’t matter. It was just about feeling special and celebrating hard work. So when it comes down to it, yes, totally worth it.)