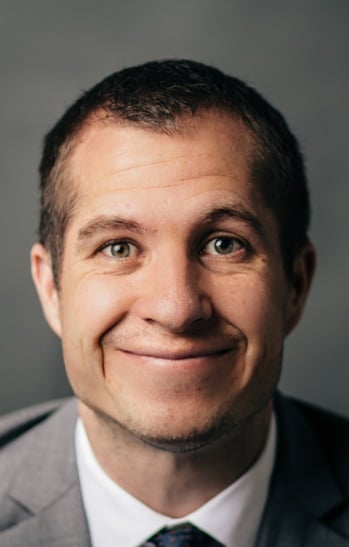 Wesley Chambers came to software development by a long and winding road. The journey began in the Midwest where he was a doctoral philosophy student at the University of Missouri and most recently returned him to the Show-Me state as the newest Associate Developer for the Aspire Software Company.

For various reasons, while living in Columbia, Missouri, Wesley and his wife, Jess, decided to step away from his decade-long career path to higher education. Knowing they wanted to work with kids in the interim, they moved to Washington, D.C., in 2016 to become houseparents for at-risk youth.

Seven months later, Jess secured a new job in Charlotte, N.C., and the Chambers made another move down the Eastern Seaboard. Wesley, while working in Charlotte, began to consider the career paths of some of his philosophy peers who had all made successful transitions to programming.

On the fence between taking the LSAT and applying to a law school or following his former colleagues into the coding world, Wesley decided to enroll in the Tech Talent South code immersion program and discovered how closely related the logic of coding and philosophy was! He found that there was an “elegance” to coding and that, far from mathematical if/thens, it involved creativity, as well. Friend and Senior Aspire Developer Danny Simpson then told Wesley about an opening for a .NET developer at Aspire and thus cemented the Chambers’ return to Missouri.